Social Media Philippines and the Google+ (Plus) Experience

July 20, 2011
What is the status of social media in the Philippines? Are there many Filipinos already using Google Plus? Will this baby social media really kills the giant Facebook? Who knows? Let’s wait a few more months. It’s a battle between +1 and Like. 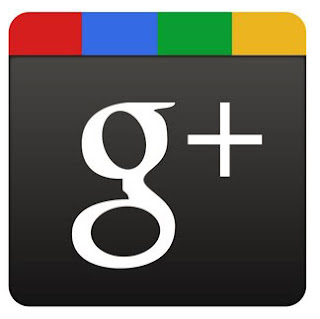 Nowadays, the need to connect with other people through online or mobile is not anymore a wants, it’s now part of your basic needs, aside from foods, clothes and shelter. Connection could not only be made through personal or active acquaintances, it could also be through online or via virtual acquaintances.
The joy of being free to express our feelings, emotions and ideas are maybe the reasons why there are so many Filipinos now joining on major social media or social networking sites like Facebook, YouTube, LinkedIn, Twitter and now, even on Google Plus.
Currently there are over 24 million Filipinos in Facebook. In fact the Philippines were even tagged as the social networking capital of the world because of Facebook. That’s not impossible because majority of the Filipinos are usually hospitable, cool, funny and vulnerable, and many Filipinos today specially the young ones can easily adapt to the shift of new technology every now and then, not only on gadgets but also in online or in internet applications.

Social media in the Philippines is really dominated by Facebook, with 93.9% user penetration. That’s a huge number. That large number could also an effect of the social media user transfer from the now defunct Friendster which used to be the hideout of every Filipino internet users. Now, with the turn of events, Google invented Google+. Many internet users are saying the Google+ (Plus) are just another copycat of Facebook, but for me it’s not.
The time Google+ was release its experimental stage, a lot of people, including me were excited what it looks like. Add me on Google+ if you want. Google is really good in viral marketing like what they did on Gmail. Remember, you cannot create a Gmail Account if you were not invited, right? Google Plus just did the same and it’s really viral, now they have almost 10 million active users after they launched their service last June 28, 2011. As of this writing, Google Plus is still in limited field trial. They are still testing with a small number of people, but they said it won't be long before the Google+ project is ready for everyone. You can leave a comment if you want a Google+ invitation.
There are a lot of innovations in Google Plus compare to Facebook. And even Facebook CEO Mark Zuckerberg had joined Google+ and now dominating a lot of followers. Actually a lot of people were asking and were doubtful why the CEO of Facebook would join Google Plus, their competitor. Mark’s reply was “Why are people so surprised that I’d have a Google account?” Well, I think he’s just testing the water. I guess you also noticed that when Google Plus added a service called Hangout, Facebook also launched Facebook Video Chat. Now you know why Mark is there, just kidding.
If you want to become Filipino virtual assistant or if you want to become a social media manager, you should explore Google Plus as soon as possible.
How about you, are you already inside Google Plus? If not, leave your comment below saying, “Please invite me” or anything you want to say about Google Plus. You can leave your email, or if you want email privacy, just PM me on my Facebook account: http://www.facebook.com/redbillions
There you have it. Just keep coming back for more information about social media in the Philippines, Internet marketing in the Philippines and virtual assistant business.

PS. Help me promote "Virtual Business Matters" page in Facebook and help us on the 1000 Likes in 100 Days Challenge. Check this link and LIKE our page:  http://www.facebook.com/PinoyVIP Thanks.

Popular posts from this blog

January 03, 2011
Welcome to Filipino Virtual Assistant Tools blog. Let's start. First things first. Let's define first these three terms: Virtual; Assistant; and Tools. Virtual means... - being actually such in almost every respect - existing in essence or effect though not in actual fact Meaning... being there but not actualy there. What about assistant? Assistant means... (do i really have to include this in this post), Ok, sige na nga , - a person who contributes to the fulfillment of a need or furtherance of an effort or purpose - a person (or by extension a device) that helps another person accomplish his goals Now, the final word. Tools. - is an entity that interfaces between two or more domains (ano daw?) - instrument: the means whereby some act is accomplished (labo pa rin) - a device or process that is used to do some kind of work (pwede!) Opss.. where and how did I get that. Allow me to show you. Lesson #1: How to define a word using Google Go to Google search eng
15 comments
----------> Continue Reading <----------

September 15, 2013
Do you want to earn from the internet the right way? Do you want to earn in dollars while spending in Philippine Peso? How about $500 to $4000 per month doing it on the side? Sweet, right? Let’s stop keep asking basic questions like, “how to use the internet” or “Is it true that we can earn from the internet?” Stop it. Now, let’s start asking question like how to earn from the internet . 4 Ways to Earn From the Internet the Right Way Learn and then earn. Allow me to show you how we can do it too. Just last Sunday I attended a free live webinar conducted by my online marketing mentor Jomar Hilario . His topic is about how to create income from the internet. He said there are four ways on how to earn money online. You can select from this four ways. Let's do it! 1. Earn Through Blogging Blogging is not the fastest way to earn money online . Actually it’s the slowest way particularly if you don’t know what you are doing and if you are not using the rig
7 comments
----------> Continue Reading <----------

December 23, 2011
Google Alerts is one of the best tools you can use to get regular updates based on your targeted niche. Last week, I got an email update from Google Alert about Filipino virtual assistant . I hopped into the site, actually the website is a forum called Warriorforum , the number one internet marketing forum since 1997. Someone asked, "Why There Are So Many Virtual Assistants from the Philippines ?". It became viral and majority of the responses are also positive.  There could be additional responses there in the forum but as of this writing, I tried capturing some of the responses and came up with this summary from the question raised by  Christiani, an HyperActive warrior.
8 comments
----------> Continue Reading <----------